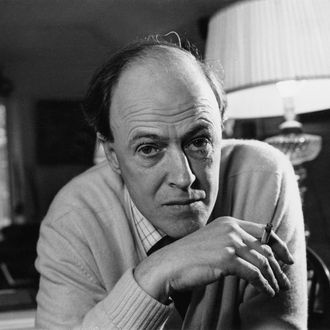 This fall marks thirty years since the death of children’s author Roald Dahl, writer of beloved books like James and the Giant Peach, Charlie and the Chocolate Factory, Matila, The Witches, and The BFG. In a statement posted to the official Roald Dahl website, the author’s family apologizes for the anti-Semitic beliefs he expressed during his lifetime.

“The Dahl family and the Road Dahl Story Company deeply apologise for the lasting and understandable hurt caused by some of Roald Dahl’s statements,” the post reads. “Those prejudiced remarks are incomprehensible to us and stand in marked contrast to the man we knew and to the values at the heart of Roald Dahl’s stories, which have positively impacted young people for generations. We hope that, just as he did at his best, at his absolute worst Roald Dahl can help remind us of the lasting impact of words.”

According to NPR, Dahl reportedly told Britain’s New Statesman during a 1983 interview, “There is a trait in the Jewish character that does provoke animosity, maybe it’s a kind of lack of generosity towards non-Jews. I mean, there’s always a reason why anti-anything crops up anywhere; even a stinker like Hitler didn’t just pick on them for no reason.” In 1990, the author reportedly told the Independent, “I’m certainly anti-Israeli and I’ve become antisemitic, in as much as that you get a Jewish person in another country like England strongly supporting Zionism.”

The Dahl family also issued a separate statement, reported by the Sunday Times earlier today. “Apologizing for the words of a much-loved grandparent is a challenging thing to do, but made more difficult when the words are so hurtful to an entire community,” they said. “We loved Roald, but we passionately disagree with his antisemitic comments.”