An Instagram star who used makeup and editing to make her face look like a “Zombie Angelina Jolie” was sentenced to a decade in an Iranian prison a year after she was arrested for her social media activities.

Tabar’s lawyer confirmed his client was sentenced to 10 years in prison in the past few days, the Daily Mail reported. She was charged with corruption of young people and disrespect for the Islamic Republic, according to the Guardian. 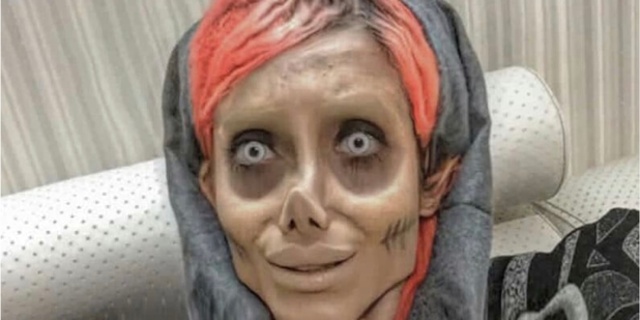 HERE ARE THE ‘MOST POPULAR’ COSMETIC PROCEDURES AROUND THE WORLD FOR 2020, SAYS MEDICAL TRAVEL COMPANY

She was also charged with blasphemy and inciting violence when she was arrested in October 2019 along with three other Instagram influencers. She was cleared of those charges. Iranian state TV broadcast her confession in late October last year.

Her attorneys tried to get her released in April after she caught COVID-19 in jail. Her Instagram account was deactivated.

“Her joke landed her in jail,” tweeted Iranian journalist and activist Masih Alinejad. “Her mother cries every day to get her innocent daughter freed.”

Medical records showed she had a mental illness, with a history of visits to psychiatric hospitals, making her lengthy sentence less understandable, The Guardian reported.

Alinejad even appealed to Jolie, asking the actress and humanitarian activist to help Tabar. “Islamic Republic has a history of tormenting women. We need to be united against this gender apartheid.”

This story was originally published by the New York Post.