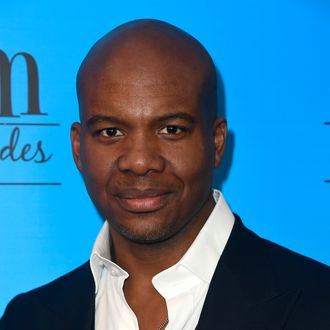 According to actor Leonard Roberts, there were definitely a few villains on the set of NBC’s Heroes. On Wednesday, the actor penned an essay for Variety describing his experiences on set of the early aughts sci-fi series, describing a toxic, racist work environment and tension with his onscreen love interest Ali Larter, claiming that she treated their white co-stars differently than she treated him. “I pondered why my co-star had exuberantly played a different scene with the Petrelli character involving overt sexuality while wearing lingerie, but found aspects of one involving love and intimacy expressed through dialogue with my character, her husband, respectful to her core,” wrote Roberts. “I couldn’t help wondering whether race was a factor.” Beyond Larter, Roberts maintained that the series had no Black writers on the show, there was a publicity shoot where the Black actors were treated poorly, and that he was initially offered a guest star rate of pay instead of as a series regular. But ultimately Larter was the reason for his leaving the show after the first season as Roberts claims that was written out of the show at the end of season due to the “Ali Larter situation.”

Larter has issued an apology, directly addressing Roberts allegations in the following statement to TVLine:

“I am deeply saddened to hear about Leonard Roberts’ experience on Heroes and I am heartbroken reading his perception of our relationship, which absolutely doesn’t match my memory nor experience on the show. I respect Leonard as an artist and I applaud him or anyone using their voice and platform. I am truly sorry for any role I may have played in his painful experience during that time and I wish him and his family the very best.”

Larter did not respond to Variety’s request to comment. Variety confirmed Roberts account with multiple people, and Heroes creator Tim Kring issued a statement acknowledging the lack of diversity and sensitivity behind the camera Looking back now, 14 years later, given the very different lens that I view the world through today, I acknowledge that a lack of diversity at upper levels of the staff may have contributed to Leonard experiencing the lack of sensitivity that he describes,” Kring wrote. “I have been committed to improving upon this issue with every project I pursue. I remember Leonard fondly and wish him well.” One thing above all seems clear: Queen Bey knew.