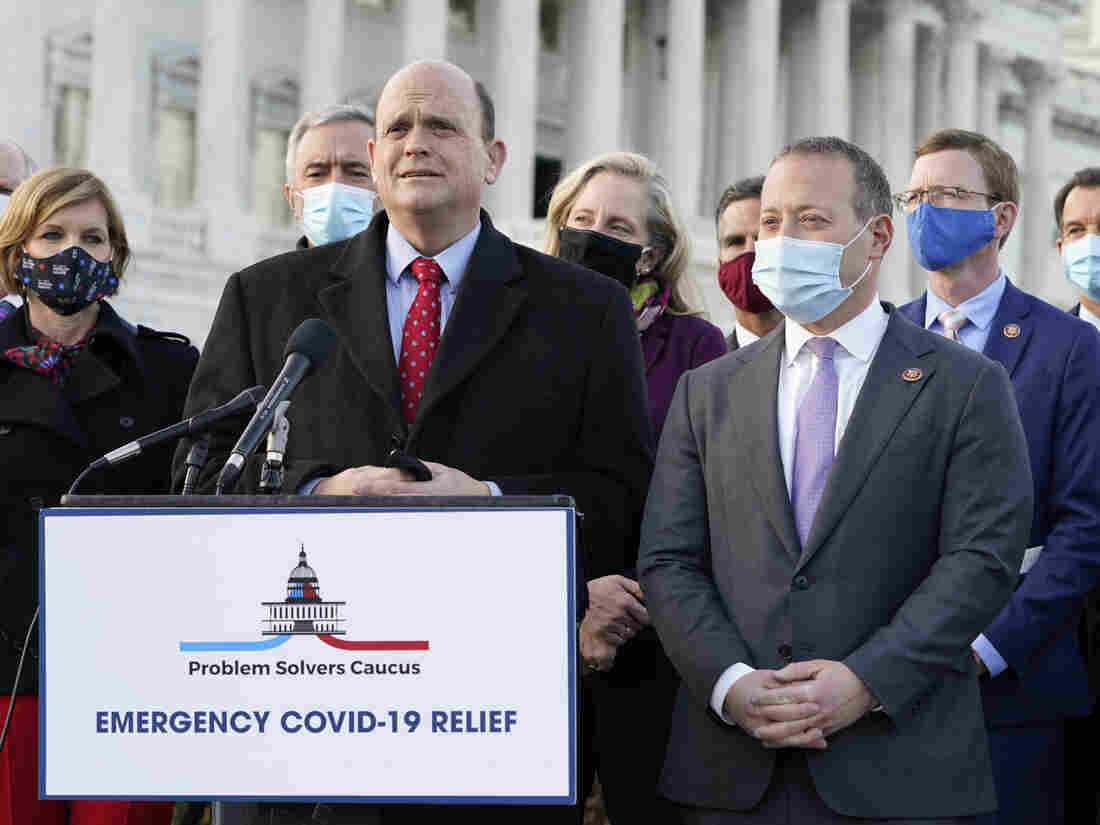 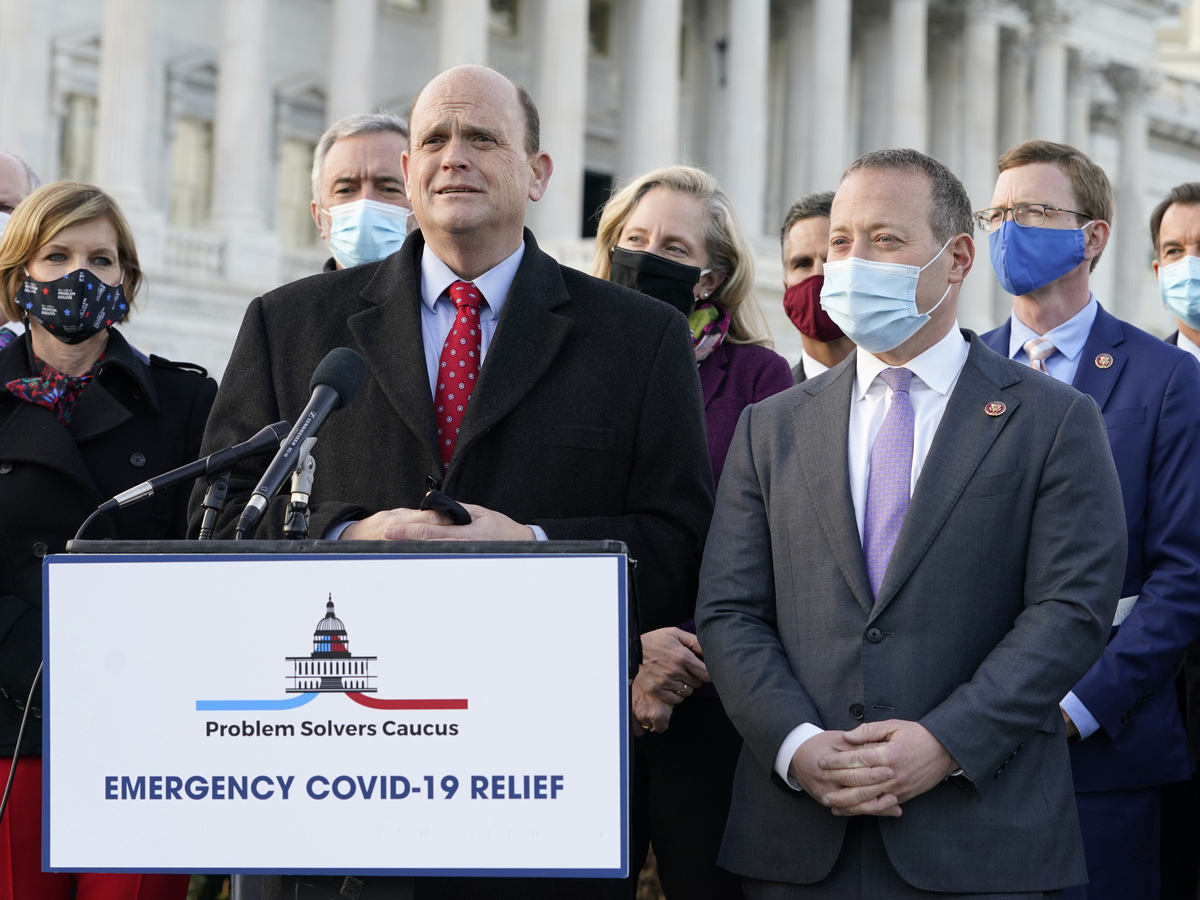 The Senate acted swiftly Monday night, in a 91-7 vote, to approve more than $900 billion for coronavirus assistance, shortly after the House of Representatives passed the package. The aid comes after months of partisan sniping over what elements should be in a relief measure that virtually all lawmakers on Capitol Hill argued was long overdue.

The measure now heads to President Trump’s desk. In order to avoid a shutdown, since federal agencies would have run out of money at midnight Monday, a 7-day stop-gap spending bill was also approved to allow time to process the combined relief and annual funding bills.

The 5,593 page legislation extends economic assistance as millions of Americans struggle to make ends meet as cases of COVID-19 are surging across the country. It includes another round of direct stimulus checks — this time for $600 per adult who are in certain income thresholds, and the same amount for children. It provides an extension of enhanced unemployment insurance benefits for up to $300 per week and lengthens the maximum number of weeks. The package includes $25 billion in rental assistance and extends a ban on evictions that was scheduled to expire at the end of January. To address the increasing number of those with food insecurity, $13 billion was added to the Supplemental Nutrition Assistance Program.

To help small businesses worried about closing their doors, the legislation has another roughly $300 billion for the popular Paycheck Protection Program and expands the kinds of businesses who can qualify for forgivable loans and grants. Live venues that have been shuttered during the pandemic were eligible for $15 billion in grants.

House Speaker Nancy Pelosi, D-Calif., who was the lead negotiator for congressional Democrats defended the package, which was half of what she had been holding out for over several months, saying “we want to do more.” She pledged that the compromise represented “a first step” and more would be coming after President-elect Joe Biden took office.

Senate Majority Leader Mitch McConnell criticized Democrats for insisting on a larger package for months and said, “with a new President-elect of their own party, everything changed. Democrats suddenly came around to our position that we should find consensus, make law where we agree, and get urgent help out the door.”

Although the overall contours of the bill came together last week, rank and file lawmakers waited for days as the top four leaders — Pelosi, McConnell, Senate Minority Leader Chuck Schumer, D-N.Y., and House Minority Leader Kevin McCarthy, R-Calif. — spent days closing out issues. Particularly, they worked on a compromise on a last-minute sticking point over language Republicans wanted to add to limit the Federal Reserve and Treasury Department’s lending authority.

This is as close to a Christmas miracle as you can find in a normally polarized Washington.

Both sides praised the themselves for working across the aisle to get something done, but action came just days before the holiday break — one Congress had scheduled to take more than a week earlier. President Trump was absent from the talks, leaving negotiations largely to Treasury Secretary Steven Mnuchin.

New Jersey Democratic Rep. Josh Gottheimer, one of the members of the bipartisan group of centrists that crafted a proposal that was ultimately used as the framework for the deal proclaimed, “this is as close to a Christmas miracle as you can find in a normally polarized Washington.”

The scramble to assemble the final $2.3 trillion package frustrated many members who complained that they didn’t have enough time to read the massive bill before voting on it. Rep. Alexandria Ocasio-Cortez tweeted “this isn’t governance. It’s hostage-taking.”

And by the way, it’s not just members who need to see the bill ahead of time – YOU do.

The PUBLIC needs to see these bills w enough time to contact their rep to let them know how they feel.

Members are reeling right now bc they don’t have time to consult w/ their communities.

Utah GOP Sen. Mike Lee similarly vented on Twitter that it would be impossible to read the entire bill and said in his 10 years in Congress he’s never had to sift through a bill this long. He said because only the small group of leaders drafted it, the majority of members were still learning about its contents.

1/4 This is the spending bill under consideration in Congress today. I received it just moments ago, and will likely be asked to vote on it late tonight. It’s 5,593 pages long. I know there are some good things in it. I’m equally confident that there are bad things in it. pic.twitter.com/SoWXnEWYfV

Leaders paired the relief bill with the annual $1.4 trillion spending bill, which included measures that had been negotiated over months by the House and Senate Appropriations panels. Members of those committees did note that agreement on many items like pay raises for members of the military, increased money for veterans and a deal on border security measures.

But the deal also represented the last train moving through the lame duck session of Congress. So riding along were some significant policy bills that had bipartisan support, such as legislation to address surprise medical billing, a measure creating Smithsonian museums for American Women’s History and American Latinos, and a water projects bill.